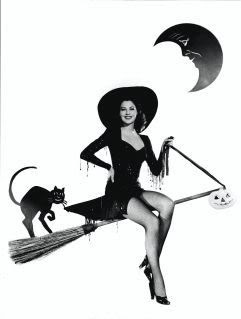 Halloween is a secular festival but has pagan roots and, as per many such festivals, coincides with the 'newer' Christian celebrations; it has at least some roots in the Celtic festival of Samhain: the Gaels believed that this night was when the border between this world and the otherworld was at its narrowest; they would walk, with their livestock between fires and the bones of slaughtered livestock were cast into its flames: bonefires (bonfires).

With the introduction of Christianity it became associated with All Saints' Day and, not by coincidence, on this very day Martin Luther began what became The Reformation and offered millions an otherworld option...I don't think he meant such a great shake up, he was just pissed off with the wealth of the Catholic Church and the 'greed' involved in sins being 'paid off' with indulgences...

"Why does the pope, whose wealth today is greater than the wealth of the richest Crassus, build the basilica of St. Peter with the money of poor believers rather than with his own money?"

Well, hard to believe that was written nearly 500 years ago! All Saints' Eve of course leads to All Saints' Day on November 1st and November 2nd is All Souls' Day (or Day of the Dead as most Latin Americans call it, after celebrating the living on Nov 1st). The latter of these festivals celebrates one's forebears - with family reunions and visits to and care of ancestors' grave sites - and pre-date Christianity by many centuries.

Even Trick or Treat has evolved: much as many like to "blame it on yanks" it has made a come back to Europe from whence it came! On Halloween children would go from door to door asking for "soul cakes" in return for prayers for the dead (souling) and in a similar vein: the practice of "mumming" dressing up, singing, and making mischief on Hallows Eve.

It continues to evolve: a group of children just rang at the door and asked me "nos da caramelos?"..."you'll give us some sweets?"...well, direct and to the point!

We do guising here. And in the days before the pumpkin became the easier to carve veg of choice the tumshie lantern(otherwise known as turnip, swede, neep)...
was carved by your parent...took about 2 weeks of digging out .

Always thought that Halloween confuses those small kids who are told all year not to talk to strangers and then are let out on 31st October to go and knock on the doors of.........

Organised religion eh? Where to begin.