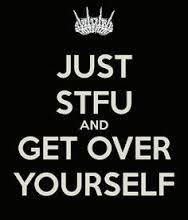 Bravo James Bartholomew: now I know what to call it: virtue signalling!


"There was a time when Britain had a form of Christianity in which pride was considered a sin. Maybe that is part of why some of us find all this virtue signalling obnoxious. It’s just showing off. For some of us it is both ridiculous and irritating that people who say that they hate Ukip actually believe they are being more virtuous than others who visit the sick, give money to charity or are kind to someone lonely. But the widespread way in which people now proudly boast suggests there is no shame, no reflection..."

By no means exclusively of the Left, they don't quite have a monopoly, but it is certainly more widespread amongst the liberal-leftie 'do-gooders' who very rarely seem to actually DO any good - "No one actually has to do anything" - preferring to leave it to 'Society' BUT, you know where I'm going with this, don't you? (btw, nearly 28 years ago! Jeez).
Posted by Span Ows at 3:10 pm