Before the Obama news, I thought it worth pointing out a couple of really interesting things: to me anyway :-)
1. Trump as POTUS elect has finally been confirmed by the Electoral College and despite the surge and outcry of undemocratic lefty whingers, wasters, slebs and crybabies to change the minds of the electors, more Democrats than Republicans went rogue [Reuters]. So funny.
2. The Clinton Archipelago. Amazing but on the voting map theme there is plenty of interesting and revealing info; the 3rd map on that last link is crazy: the Democrats have 'total control' in only 5 (FIVE) states.

OK, Obama: it seems he is set on doing as much as he can to make a name for himself before leaving office (well he needs to do something, so far the negative side is far away in credit). Yesterday he pardoned 231 criminals — "the most individual acts of clemency granted in a single day by any president in this nation’s history."... ..."the President has now commuted the sentences of 1,176 individuals". Cooool, as Eric Cartman would [not] say, but that is more than the last ELEVEN presidents put together, some would call that obsessive. 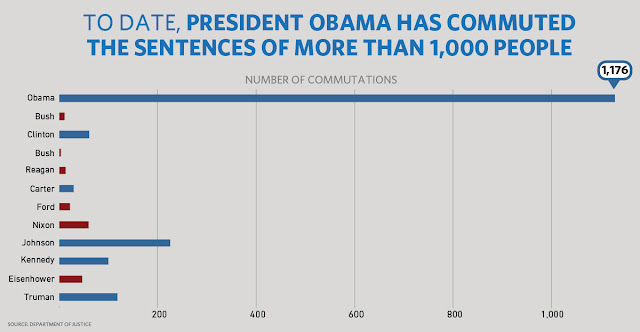