Out of order obvious obstructionism...

Another post straight from Brexit Central, no apologies, the site has been on my main links (above) since the first message they sent out. Sir Bill Cash MP - an actual Conservative unlike some most many of the current party - on the dangerous shenanigans of the 'Wrexiteers': 'Failure to reverse the Wrexiteers’ changes to the EU Withdrawal Bill would undermine trust in democracy itself.' Quoting and lauding Lord Framlingham:


"...without any doubt, these days will go down in history as the House of Lords at its worst"... ...I know that irreparable damage to our reputation has already been done by the antics of these dark days. We have set ourselves up in such a disreputable way, as guardians of wisdom and the common good… simply in an attempt to wreck the Bill and thwart the will of the people, which is both false and dangerous." 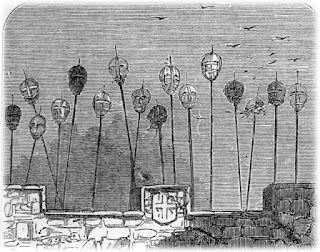 Indeed. Well worth a read and follow the links too. Sir Cash ends on a serious note:


"The greatest danger which we now genuinely face is whether those who could now step back from the brink do so or whether they continue on a path which would totally undermine trust in democracy itself. To do so would be fatal."

My emphasis. The unbelievable behaviour of the Lords makes me believe that total reform is inevitable; maybe that was their underhand intention all along. But of course it isn't just the Lords: a couple of ex PMs - the arch vampire's fingerprints no doubt all over much of the current machinations -  many many MPs etc seem to think that working for a foreign power is not only acceptable but preferable, taking their shilling from the UK populace; filling their mouths and pockets, stuffed with gold at the people's expense, whims and personal protection paid for by that populace, yet all the while undermining them.
Posted by Span Ows at 12:47 pm