Are you listening Mrs May? Away with you; Huawei with you. Don't take your treason over Brexit to even higher levels by selling our security down the river: I can't believe you (and the Coalition and Cameron before you) and your dumb-arse advisors knew nothing of this. "Vodafone Found Hidden Backdoors in Huawei Equipment". "Europe’s biggest phone company identified hidden backdoors in the software that could have given Huawei unauthorized access to the carrier’s fixed-line network in Italy..."[Bloomberg] 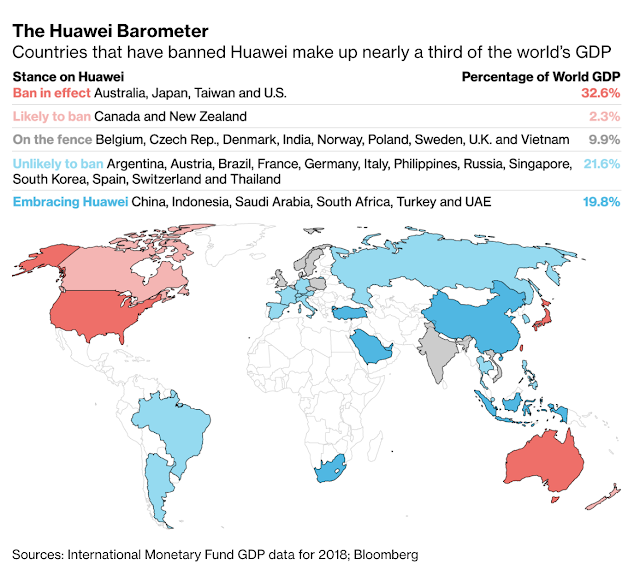 Although this was several years ago and was promised to be fixed, nothing was done.The UK further risks being alienated from our closest allies, 5 Eyes and the Angloshere by such debilitating actions; another reason to get free from the EU and the over-reliance on Huawei: "[it] is simply too important to Europe's telecoms infrastructure. Spurning Huawei would put Europe at risk of falling behind the US and China in the race to build out 5G infrastructure."


"Vodafone asked Huawei to remove backdoors in home internet routers in 2011 and received assurances from the supplier that the issues were fixed, but further testing revealed that the security vulnerabilities remained, the documents show. Vodafone also identified backdoors in parts of its fixed-access network known as optical service nodes, which are responsible for transporting internet traffic over optical fibers, and other parts called broadband network gateways, which handle subscriber authentication and access to the internet, the people said. The people asked not to be identified because the matter was confidential."

Thank you for the informative post . Now Internet service providers and network operators have started using the new Industry best In-browser messaging solution for engaging with their subscribers.