Guido has posted a graph from Lord Ashcroft Polls with the "rough breakdown from [the graph he posts] is that half the Brexit Party’s voters came from the Tories, quarter from Labour. Labour also haemorrhaged votes to the Greens and LibDems. Problems for both Labour and the Tories look daunting."

I happen to think the bottom graph (see image below or scroll right down on the Ashcroft link) is far more interesting: Lord Ashcroft has "surveyed over 10,000 voters to ask how they voted, why they chose the party they did, and – at least as of this weekend – what they see themselves doing at the next general election"

If this is anywhere near acurate we're going to have to get used to Coalition government. However, I expect one or two more bombshells before that happens but the fact that The Brexit Party is already on par with LIB/LAB/CON is amazing. 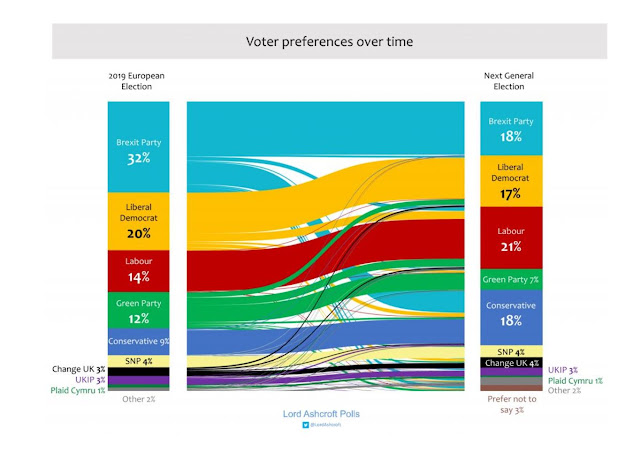