Overt obfuscation: only one option open... 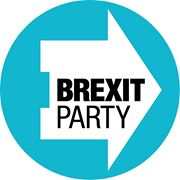 "So there is only one option open to us. Which is the same option we peacefully – and truthfully – used when we were granted the opportunity three years ago... ...This time we will say it again. Perhaps this time they will be forced to listen."


Worse still, it appears that this political class is intent on stopping that vote coming into effect, claiming – essentially – that although there were indeed two options on the voting slip in 2016, only one of them was actually permissible. There are, among that political class who are arrayed against the public, some who cannot disguise an unmistakable tone of malice, rage and (yes) hatred."

The disgraceful Marr, the idiotic liars (Alan Duncan you Twitter twat) all get a mention. Marr again this week will fail given that there is no Brexit reperesenative on his 5 days before the EU elections [Guido]. Back to Douglas Murray: "For the past three years, we have learned that it is no good being silent – for silent majorities can be overridden with ease."

Another good read: Oliver Wiseman at CapX: Is the Brexit Party bigger than Brexit? ...very probably! "The rise of the Brexit Party is a phenomenon that manages to be at once both completely astonishing and entirely unsurprising."


"The astonishing bit is that a party that did not exist a month ago is on course to win next week’s European Elections."

"The question now is whether the Brexit Party is merely a product of the strange Brexit twilight zone we find ourselves in, or the harbinger of a more permanent change." I think it is, I have never seen, heard or felt what we are expereincing now; nothing even remotely like it.

Hold your nerve Nigel and steer straight and true.
Posted by Span Ows at 3:51 pm