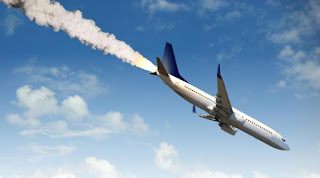 Withholding data, denying knowledge...or maybe they just forgot. Why are no governments checking/investigating/anything (!!) re the growing MOUNTAIN of evidence of Covid jab deaths?
My maths may be wrong but thanks to pimaCanyon for the analogy that follows. pimaCanyon commenting on The Naked Emperor's recent post 'The missing number in the Pfizer report to calculate death and adverse event rates.' ("All is revealed"). "Using the hidden number, we can work out that the fatality rate of the Pfizer vaccine was 0.0000097%. This might seem like a small number but that represents 1 death in every 103,199 shots or approximately 10 deaths per million injections."
OK so far? Also remember that this is based on doses presumed injected (who knows how many are in storage worldwide). Also based on reported deaths to the various vaccine injury databases [EUDRAVigilance (EU), the MHRA Yellow Card Scheme (UK) and VAERS (US) etc.] which, are VERY underestimated (admittedly with the Covid jabs this may not be the case...they mostly come at night...mostly). And yet another 'also', many/most countries haven't released any data/do not record such. Australia does btw: "more side effects than ALL drugs combined since 1971...". Not funny.
Anyhow: back to the point: these very underestimated numbers: 10 in a million. How many aeroplanes are in the air? Quite a lot. How many people are flying each day (old numbers, but lots; pre-pandemic six million people flew somewhere everyday). As everyone knows, flying is one of the safest ways to travel (again, old data but holds true), fatalities falling.
So, six million people fly somewhere everyday: imagine that jab number, 10 in a million, dying: 60 (SIXTY) people every day. Imagine a three-quarters full Embraer 190 (not the plane in the image; sorry Embraer guys, it's just the aeroplane I use the most!) crashing and killing all passengers...every day...EVERY DAY.
Do you think there would be some sort of worry? A wee fret? A hushed whisper of concern? A small investigation? One or two questions asked? Do you? Well that is what is happening with the Covid jabs. And remember that is a massive underestimation.
Update: Will Jones at the Daily Sceptic has a lot more info and links HERE: "How Many People Have Died From the Covid Vaccines?" ...

..."There’s a lot of smoke here rising from what appears to be a considerable amount of fire. While it’s not possible with the data publicly available to quantify precisely the number of people the vaccines are sending to an early grave, what data there are indicate the number is not small, and may be very large – in the tens of thousands in the U.K. Certainly more than enough to be ringing alarm bells that ought long ago to have triggered drug suspensions, urgent investigations, proper controlled studies and detailed reports. That very little of this appears to be happening – and that the authorities continue to repeat the mantra that the vaccines are safe as they roll them out to ever younger age groups – is disturbing, to say the least."

VERY disturbing! We've been saying for a while and now it is becoming so obvious as to be ridiculous: SOMETHING IS WRONG!
Posted by Span Ows at 12:45 am

Got here via Ranty, something is indeed wrong.

Hi James, yes indeed. Glad you're still posting regularly ay least on your own blog (and Julia is too) Seen lots of 'Nourishing' and 'Orphans' over the years too...